When trying to gather thoughts for this post I Googled "story" and "buttons". I guess I shouldn't have been surprised when the only hits were about interactive apps and ebooks for kids. For example, "Press the button and hear the sheep sing out in chorus." I was then reminded of Lane Smith's brilliant "Its a Book!" and want to say simply, what I am talking about here is "a book, jackass." But that is another topic for another day...don't need to get in to my thoughts on ebooks right now. 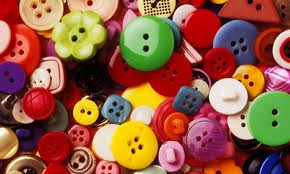 Today I want to talk about the beauty of the well-crafted "button" at the end of a picture book.

Tara Lazar kicked off the 12 x 12 in '12 challenge with a post about how to end a story...afterall, it can be helpful to have that roadmap approach to writing and know where you are going to end up.  If you missed her article, read it here.

But I want to take the idea of how to end a story one step further and talk about buttons.  In fact, that is exactly what a button is.  Its the last little phrase or visual at the end that kinda seems to take things one step further.  In fact, if eliminated you would still have a fully formed story.  But the button adds a little oomph and leaves the reader with that much more.

Let's look at 2 amazing examples of buttons...one verbal and one visual...one from a classic children's picture book that you have probably read 100 times and one from a newly released non-fiction picture book that is topping bestseller lists shortly after its recent release.

1)  A verbal button:  Where The Wild Things Are by Maurice Sendak


"and it was still hot."
After Max has returned home to his room to find his supper, Sendak found it important to add "and it was still hot" on the last blank page.  No illustration.  Why is this?  What do those 5 little words add to the end of the story?
In a recent writing class, my instructor said that his wife cannot read that line to their son without tearing up.  To her, this little button further comments on the love that his mother has for Max.  Despite his "wild thing" behaviors and being sent to his room without supper, his mother still leaves a hot meal for him.
This button can also be interpreted as a measure of time...meaning that Max has felt like he has been on such a long journey, but back in reality we realize that supper is still hot and although Max's world has grown through imagination, the time it took was actually not that long.  Therefore a comment on imaginative play.
You might have other interpretations or comments on this button.  I would love to hear them below.  But the point being here is that the story was actually quite complete when Max returns to "his very own room where he found his supper waiting for him."  However, this button adds something...
2)  A visual button:  "Me...Jane" by Patrick McDonnell

If you haven't already read this "sure to be a classic" bestseller, you really need to get your hands on it!  Its a delightful nonfiction account of Jane Goodall's childhood.  The story takes us through the adventures and dreams of Jane as a child with her companion....a stuffed chimpanzee named Jubilee.  Little Jane dreams of someday going to Africa to be with the animals...and at the end we are told, "At night Jane would tuck Jubilee into bed, say her prayers, and fall asleep...to awake one day...to her dream come true."  What a beautiful story!  But Patrick McDonnell did not leave it there.  And he also did not illustrate this page...although I absolutely love his charming and whimsical illustrations throughout.  No, Patrick McDonnell adds a button here of a photograph of grown-up Jane (the real Jane Goodall) with a young chimp (shown right). Gorgeous!
I have to admit, the first time I read this story I instantly teared up and got goosebumps upon the turning of this page. Was this photo necessary to finish the story?  No.  But it serves as a lovely reminder that Jane Goodall is a real person and that dreams really do come true.
A button adds that little tear, smile, chuckle or "awwwww".  Perhaps a button is even the reason why we like to read certain stories over and over again.  They satisfy in some way that a simple ending does not.
What are some favorite stories of yours that have buttons?
﻿
Posted by Marcie Colleen at 12:01 PM